There is an outbreak of monkeypox viral disease which has emanated from Agbura in Yenagoa LGA, Bayelsa state. Several people are infected. Cases are being treated in Niger Delta University Teaching Hospital, NDUTH Okolobiri. The Doctor that handled the first case has been infected. Meanwhile, isolation centre has been created. The state epidemiology unit in collaboration with WHO and NCDC is tackling this issue for the past 1 week. See complete facts about Monkeypox viral disease. 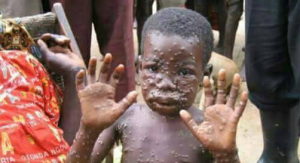 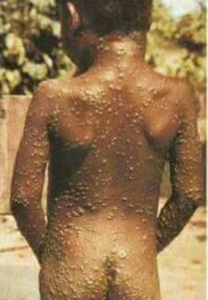 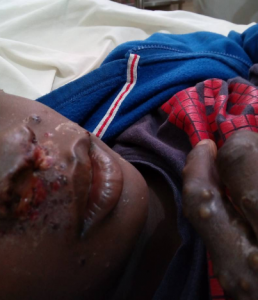 In a press statement by the ministry on Thursday, Mr. Adewole assured Nigerians that the health ministry was working on curbing the spread of the disease.

Symptoms of the disease include headache, fever, back pains and in advanced cases, rashes bigger than those caused by chicken pox.

The minister urged anyone with the symptoms to immediately report to the nearest health facility, while advising health workers to maintain a high index of suspicion and observe safety precautions.

He warned that there is no known treatment or preventive vaccines, hence people should be at alert and avoid crowded places as much as possible.

Mr. Adewole outlined measures being taken to include placing health facilities in Bayelsa on alert, having patients suspected of the disease quarantined, and providing supportive treatments being offered to the victims.

The minister said investigation is still on-going and that health partners were working with the ministry on the reported outbreak.

The Nigeria Centre for Disease Control, NCDC team in Bayelsa state are also supporting the state government in curbing the spread of the disease, he said.

Monkeypox, a viral disease, broke out in Yenagoa, Bayelsa capital and about 11 persons have been placed under medical surveillance.

An isolation centre was created by NCDC and the epidemiological team of the state’s Ministry of Health to control the spread of the virus.

About 49 other persons who had been in contact with the persons infected with the virus are also being tracked by health experts.

The Bayelsa State Commissioner of Health, Ebitimitula Etebu, who had earlier confirmed suspicion of the disease, said samples of patients had been sent to a laboratory in Dakar, Senegal for confirmation

Warning: be careful with hand shakes ,closeness and other intimacy. There is a virus spreading in Bayelsa state called monkey pox. It is contagious and three people and a doctor have been infected. They are all at Niger Delta University Teaching Hospital NDUTH, okolobiri in Bayelsa state.